Air pollution was linked to 1 in 10 deaths in the region.

Air pollution is the leading environmental threat to public health in Southeast Europe. Countries experience PM2.5 exposures well above the World Health Organization (WHO) annual guideline value of 5 μg/m3. Air pollution ranked among the top 10 risk factors for ill health in all nine countries in Southeast Europe, with the largest numbers of deaths among people aged 70 or older. The following countries are included in this analysis: Albania, Bulgaria, Bosnia and Herzegovina, Croatia, Montenegro, North Macedonia, Serbia, Romania, and Slovenia. 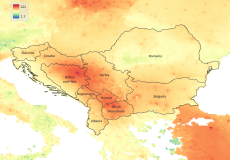 Exposure to air pollutants remains high across the region. 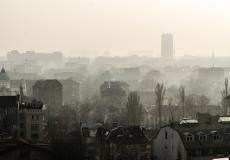 Rate of deaths due to air pollution are much higher than other parts of Europe. 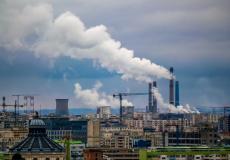 Fossil fuel use is a key contributor to poor air quality and ill health in Southeast Europe.

Exposure to air pollutants remains high across the region.

Although PM2.5 levels in countries across the region were consistently lower than the global average for PM2.5 exposure (42.6 μg/m3, UI: 32.5–36.5 μg/m3) in 2019, the exposures are much higher compared to the EU average, and severalfold higher than the annual WHO Air Quality Guideline value of 5 μg/m3. In fact, with the exception of Poland (22.6 μg/m3, UI: 13–35.2 μg/m3), Southeast European countries almost exclusively make up the list of top five countries with the highest ambient PM2.5 levels in Europe.

Rate of deaths due to air pollution is much higher than other parts of Europe.

More than 56,000 deaths were linked to exposure to air pollution in Southeast Europe in 2019. The average rate of death attrib­utable to air pollution was nearly four times higher in this region than the related rate across Western Europe. Notably, the total number of air pollution–attributable deaths de­clined by 16.5% between 2010 and 2019, with the exception of Albania, where the total estimated deaths increased by 7%. 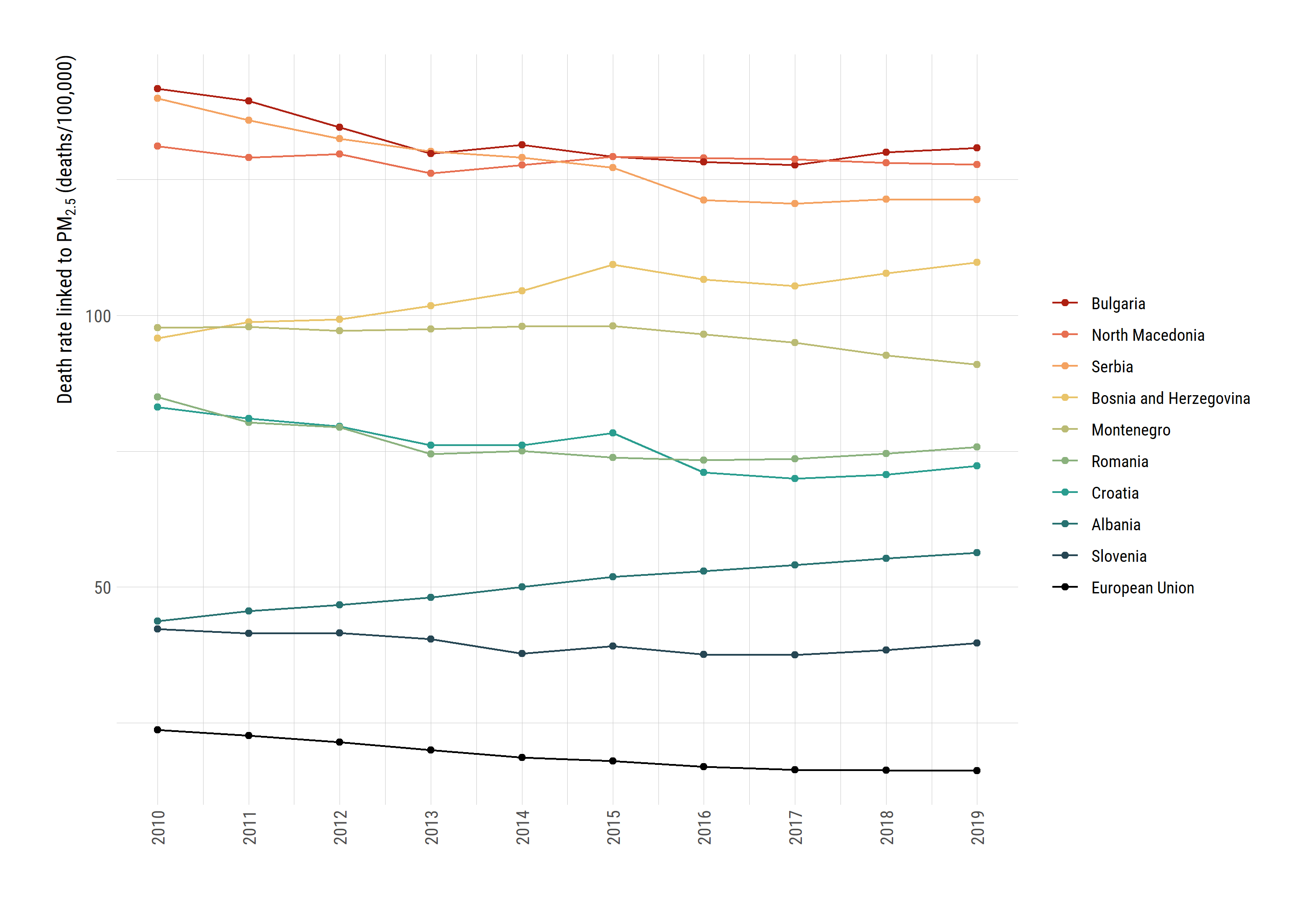 In Southeast Europe, noncommunicable diseases rank among the most frequent causes of death, with heart diseas­es, diabetes, chronic lung diseases, and infections ranking among the top 10 causes of death. Many of the same diseases are also linked with exposure to air pollution. For example, on average, nearly 23% of all COPD-related deaths were attributed to air pollution, with the largest impacts seen in Bosnia and Herzegovina (30%) and North Macedonia and Montenegro (each 26%). 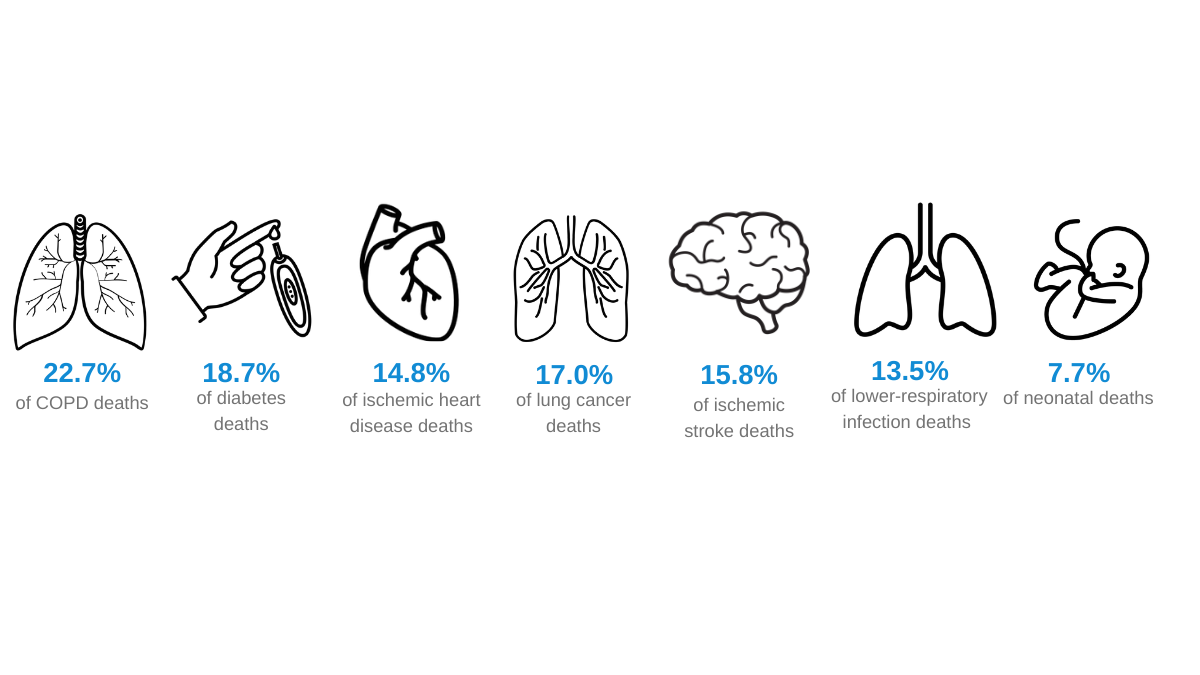 Figure HH: Percentage of deaths (by cause) linked to air pollution in 2019 in Southeast Europe.

Fossil fuel use is a key contributor to poor air quality and ill health.

Because a majority of PM2.5 in outdoor air comes from anthropogenic fuel combustion — including fossil fuels and solid biofuels — integrating air quality, energy, and climate policies is likely to bring substantial health benefits, especially to those most at risk (video). Energy poverty and access to clean energy remain key issues; a significant proportion of the region’s population is unable to afford to heat their homes or lack access to the centralized energy systems that rely on energy-intensive and polluting lignite coal power plants. 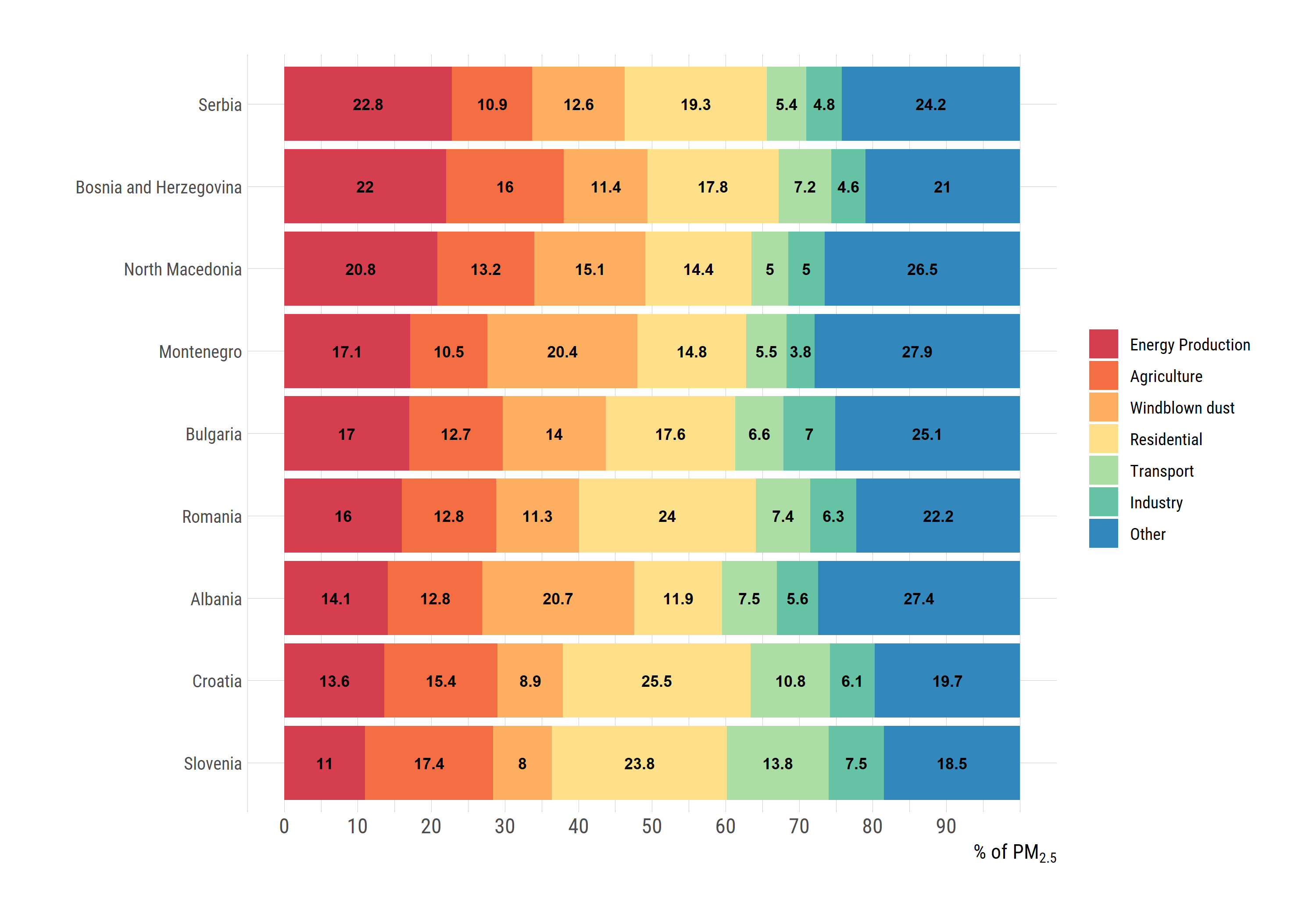