Growing evidence links mothers’ exposure to air pollution during pregnancy with an increased risk of their infants being born too small or too early. Our 2019 analysis accounts for the impacts of air pollution exposure on newborns’ health and survival for the first time. 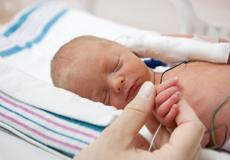 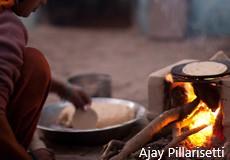 Risk in the Home 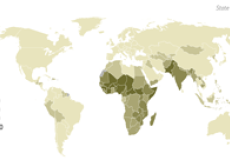 Air pollution is linked with an increased risk of low birth weight and preterm birth. Babies born too small or too early are more susceptible to health problems such as lower-respiratory infections, diarrheal diseases, brain damage and inflammation, blood disorders, and jaundice. Low birth weight and preterm birth are leading risk factors for death in the first month of life, contributing to an estimated 1.8 million deaths worldwide.

The smaller the baby or the earlier they are born, the higher the risk of complications. If these babies survive infancy, they remain at a higher risk not only for infectious diseases throughout early childhood but also for major chronic diseases throughout life.

We estimate that, in 2019, 476,000 infants died in their first month of life from health effects associated with air pollution exposure.

Figure AA. Total deaths among newborns attributable to air pollution in 2019. Hover or tap to explore the data.

While the biological reasons for the linkage between air pollution and adverse birth outcomes are not fully known, it is thought that air pollution may affect a pregnant woman, her developing fetus, or both in ways analogous to tobacco smoking, which is a well-known risk factor for low birth weight and preterm birth.

Several factors can contribute to low birth weight and preterm birth. Being pregnant with more than one baby (e.g., twins or triplets) and various aspects of a mother’s health, including chronic health conditions, malnutrition, and tobacco use, can play a role. Many of these risk factors are influenced by some of the same sociodemographic factors that increase a woman’s risk of being exposed to high levels of air pollution. As a result, women in countries with low levels of sociodemographic development are especially at risk for adverse birth outcomes, with related consequences for their children.

Risk in the Home 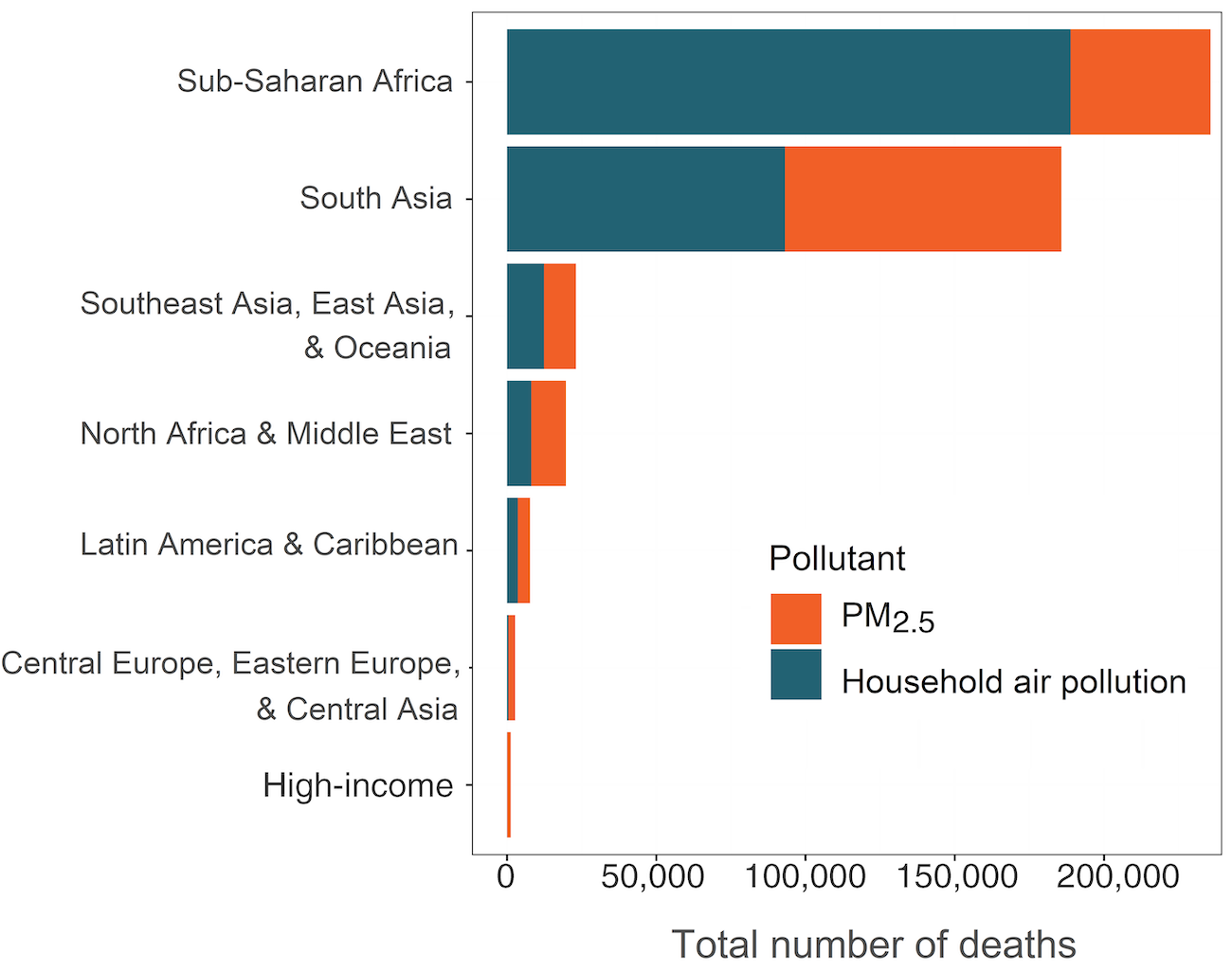 Figure BB. Deaths attributable to air pollution among babies in their first month of life in 2019 in the GBD Super Regions.

Before 2019, GBD scientists assessed air pollution’s burden of disease for only one health outcome affecting babies in the first month of life: lower-respiratory infections. The inclusion of a broader suite of health effects — those mediated by low birth weight and preterm birth — represents a significant expansion in our understanding of how air pollution affects its youngest victims.

In assessing these studies, scientists took steps to distinguish between the effects of air pollution and those of other factors that could affect birth outcomes, such as socioeconomic status, having twins, or smoking during pregnancy. They developed mathematical functions to estimate the proportion of neonatal deaths accounted for by air pollution in two ways:

Since lower-respiratory infections can result from air pollution exposure directly as well as indirectly, the burden of disease calculations include steps to avoid double counting.