Ground-level ozone pollution is on the rise, contributing to health problems and climate change.

Ozone is a secondary pollutant formed by complex chemical reactions between nitrogen oxides and volatile organic compounds in the presence of sunlight. These precursors to ozone are each produced primarily by a variety of human activities, including burning of fossil fuels and various industrial processes. Certain types of volatile organic compounds can also be emitted from natural sources. 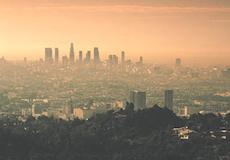 Ozone pollution occurs around the world.

Exposures have increased slowly but steadily over the past decade. 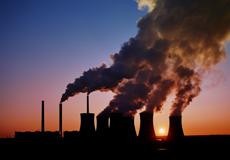 Ozone pollution is accelerated by — and contributes to — climate change.

See the toll of ozone pollution on health around the globe.

How We Estimate Exposure

Find details on data sources, modeling methods, and how we track trends over time.

Ozone pollution occurs around the world.

Global ozone exposures vary from a low of about 12 ppb to a high of about 67 ppb across the globe. The 10 countries with the highest average ozone exposures in 2019 were in Asia and the Middle East. They include Qatar, Nepal, India, Bangladesh, Bahrain, Pakistan, Kuwait, the Islamic Republic of Iraq, the Republic of Korea, and Saudi Arabia. Small island states, such as Micronesia and Papua New Guinea, comprised the countries with the lowest concentrations.

Exposures have increased slowly but steadily over the past decade.

On average, global exposure to ozone increased from about 47 ppb in 2010 to nearly 50 ppb in 2019, a trajectory that is expected to continue as a result of warming temperatures and increased emissions of ozone precursors. Countries in South Asia saw the steepest increase, while countries in the High-Income Region and in Latin America and the Caribbean experienced modest declines.

Ozone exposures have increased in 12 of the world’s 20 most populous countries since 2010. Several populous countries that already had the highest ozone concentrations — India, Pakistan, and Bangladesh — have also seen some of the greatest increases. Other countries saw a drop in ozone levels during this period.

Disparities in socioeconomic development often contribute to disparities in exposure and health. To capture different facets of development that are relevant to health outcomes, the GBD project uses a metric called sociodemographic index (SDI).

For ozone, however, there is no consistent relationship between ozone exposures and a country’s level of sociodemographic development, in part because ozone is often transported far from its sources, affecting multiple countries.

Ozone pollution is accelerated by — and contributes to— climate change.

Studies suggest that ozone levels today are 30–70% higher than they were 100 years ago. This increase reflects two trends, both of which are connected to climate change.

The first trend is a rise in emissions of the chemicals that form ozone. The main sources of these emissions include the burning of fossil fuels and other industrial processes, as well as some natural sources. Burning fossil fuels is also a main driver of climate change.

The second trend is a rise in global and local temperatures. The warmer the air, the faster the chemical reaction that creates ozone. Thus, as climate change causes temperatures to climb, more ozone pollution is formed.

Ozone is also a greenhouse gas. This means it contributes to global warming, creating a feedback loop that leads to more ozone — and more warming — on a global scale.